The circus that is Polish politics has been interesting itself this week in whether they seek a mole, a rat or both.

The Peasant’s Party (PSL) have been talking about finding a mole, although I confess I don’t know why! 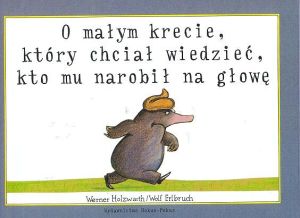 More amusingly, Law and Justice (PiS) politicians are continuing their hunt for the rat who caused outrage when the press quoted the anonymous source saying “It is difficult for the party to find women who look good and have something smart to say.”. Once the traitor is found he/she will be dismissed from the party. My vote is that they are then immediately appointed as the presidential press secretary. Talent like this should not go to waste!

Here’s hoping the rat and the mole were included in our “Hot politicians” contest so we can have the pleasure of ceremonially removing them from the competition or awarding them the “Polandian 2009 award for plain speaking”!

Here we go again, another coalition slips quietly into the nuthouse. Or does it?

Politicians of the Polish Peasants’ Party (PSL), the coalition partner of the ruling Civic Platform (PO), announced that it is time for them to leave the shadows and become more visible in the media.

According to this article, there are complaints about bills being prepared without consultation, about being left to do the dirty work while Tusk is off having fun somewhere. And why not? They are part of the ruling coalition after all so why should they stay in the kitchen washing the dishes while Tusk & Co ponce around getting all the good jobs!

I’ll admit I don’t know these peasants at all, so perhaps this is a good thing. Then again, with a name like that………. I’d be happier if they were called the Polish Middle Class Party. But of course, there is no middle class, so that would be stupid.