Oh boy! When you post updates every few years you tend to focus on a few big headlines and I have to say that in recent years, the big headlines have NOT been good!

In the last update, four years ago in May 2018, we had Trump and Brexit on the main stage, which I thought was bad enough, but this time we’ve got a two-year-long global pandemic and a war in Europe. I hate to think what comes in the next update, if I’m even here to write it & if anyone’s left alive to read it.

2018-19 were just an eat-all-you-can buffet (or Swedish Table as we say here in Poland) of Trump & Brexit getting more and more ridiculous until you got to the point where the original Trump & Brexit, which seemed utter madness at the time, actually started to look like perfectly normal and sensible things to happen. Then we get into 2020 and the whole world goes tits-up, pear-shaped and locked-down thanks to this little fucker!

As I type, we might have seen the end of the pandemic. Just a few days ago, Poland announced it was shifting from actually having an epidemic to being only epidemic ready. It has lasted over two years and from 523 million cases globally, 6.3 million people have died. The pandemic has made us question almost everything, from health-services to office work, from how much you can rely on governments to how much you can rely on your fellow citizens and from data reliability to belief in science. A lot of questions – so far, not many answers. I hope those will come.

We swung into 2022 thinking the sunlit uplands were just round the next bend only for this to hijacked by Trump’s fellow asylum inmate, Putin. Vlad had been hiding in a damp basement storage room in the Kremlin for the whole of the pandemic; scared of the virus, brooding over the fact that Joe the Vampire had replaced his American friend, worried that his days of bareback horse riding were over and that this would be seen as a sign of weakness by the evil powers of NATO who were, right now, gathering on his doorstep! Combine this with the fact that a family of Russian leprechauns who shared his basement rooms had convinced him that he shouldn’t be satisfied with just Crimea and actually he should take rest of Ukraine because the people of Ukraine wanted that too, because they were actually Russian and were just dying to be part of the Soviet Peoples Republic of Putinland – and the stage was set for the “special military operations” that are now in their 84th day.

As if this wasn’t enough, inflation is raging and the cost of living is increasing at a ridiculous rate. Interest rates rising it seems every month meaning much higher payments for mortgages or loans on top of out-of-control fuel prices for gas, electricity, petrol and smaller but equally noticeable increases for pretty much everything else. Unless you are incredibly lucky, your income is not rising anywhere near as much as your costs so we can gaze enviably at the new freedoms allowed by being pandemic-free while we sit at home for another year or two because we can’t afford to do anything else!

What a truly fucking excellent time to be alive!

My personal icing-on-the-cake moment was the loss of my father in Feb 2021. Covid-related but not only. RIP dad – hope things are better up there!

Blog housekeeping. I’ve approved a few and deleted many comments. At this stage of the game, guys, really don’t bother leaving anything other than reasonable, informative, friendly comments because anything else is getting canned.

Stats are (understandably) falling off a cliff. At this rate, I may have to get a day job! :-)

Despite possibly expecting a lot of anger-voting, you would have been deemed certifiably bonkers crazy at the time of the last update here if you’d predicted either the Trumpster or Brexit and yet both of them happened. You would have been seen as slightly less crazy to have predicted PiS in Poland and their agenda. Goodness only knows what might happen before the next update.

I approved a bunch of comments but deleted a lot more. Brexit got a mention in one.

2/ We do not organise or advise on weddings, visa’s, girlfriends….anything at all in fact

3/ Some of you need to get a sense of humour.

The Stormy Daniels storm is proving to be a tough one to blow away for the Donald.

Following on from earlier update where David Moyes was sacked from Man United, there’s a good chance he’s now about to be let go by West Ham. Polandian updates not proving to be good omens for that particular Scotsman.

Mount Kilauea volcano has erupted near a residential area on Hawaii’s largest island, prompting a local state of emergency and the mandatory evacuation of 1,700 local residents.

Due to infrequency of visits here I’ll now report annual stats. Number of visitors per year (for number of views multiply by around 1.25)

The WordPress.com stats helper monkeys prepared a 2014 annual report for this blog.

The Louvre Museum has 8.5 million visitors per year. This blog was viewed about 220,000 times in 2014. If it were an exhibit at the Louvre Museum, it would take about 9 days for that many people to see it. 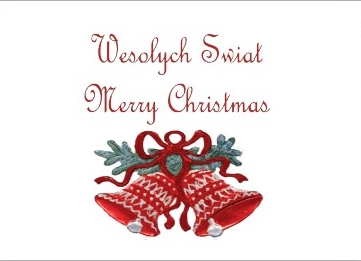 Topical news story – Surfers ride ‘weather bomb’ waves in Spain and Portugal – Some of the world’s top surfers have been riding massive waves generated by the Atlantic storm that hit Scotland.

Stats steady at around 10,000 visitors a month (views is a higher figure). February remains an odd spike. Most popular posts – anything to do with Polish females – nothing changes.

I’ve approved about 60 comments and deleted the 90+ spam. I was not riding a massive wave at the time.

Catching up with Happy Valentines Day and Easter wishes plus Earth Day today!

Dealt with 61 comments of which about a third were trashed. The rest related to the “10 things about having a Polish girlfriend” post, which is surely deserving of its own TV series by now. Gra o Polski Laska, or something similar. Half of those comments were slagging Jamie off for incorrect use of your / you’re. I’ve spoken to Jamie about this and he told me to tell you all to go **** yourselves. Probably just having a bad day. It’s when he mixes the pills with the beer.

What the hell happened in February? Every month plugging away with around 10,000 views (not bad for a dead blog) and then a spike in February up to almost 70,000!