No it’s not. It was, 30 years ago. It isn’t now. And even 30 years ago it was pretty similar to, say, Britain in the 1950s. We’re not talking Third World poverty here. There are poor people in modern Poland for sure, and more of them as a proportion of the population than there are in the super-rich nations of Western Europe, but most westerners seem to have a wildly exaggerated view of what this means. The life of the average, working, city or town dweller in Poland is pretty much indistinguishable from the life of his or her British or French or German counterpart. People are most emphatically not walking around in rags or queuing outside bread shops or grubbing for potatoes in the fields. They drive around in shiny new cars, buy iPhones, shop in glitzy shopping malls, and eat out in trendy restaurants.

British people coming to Poland for the first time are often shocked to discover that it isn’t the austere, poverty-stricken place they had been led to expect by the lingering propaganda of the Cold War days. I’ve heard them wandering around the Old Town saying things like ‘Hey, this is just like any other city in Europe’ or ‘This is actually very nice’ in slightly unbelieving tones. I think a lot of them are slightly disappointed.

Could be anywhere in Europe… and it is. 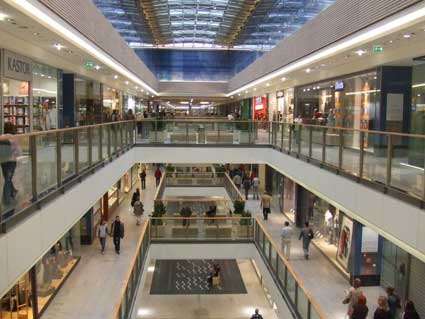